Same procedure as every year,… 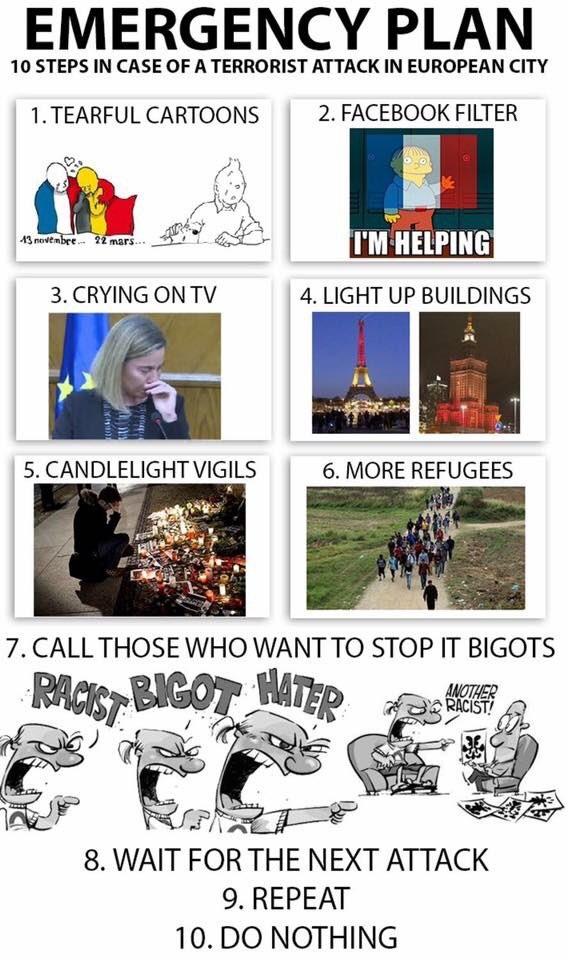 Maybe some people will remember the rivers of blood speech, as long as we’re only dealing with puddles of blood? Probably not, the denial is strong on the Left.

Or as Vox Day says:

Perhaps the fathers and brothers of all the murdered children of Manchester will content themselves with candlelight vigils and platitudes, as so many others have for the last 16 years. But sooner or later, one of them will not, and that man will make Anders Breivik look like a moderate.

Then there will be rivers of blood. The more we procrastinate, the closer we come to a civil war.

One thought on “Puddles of blood – rivers of blood”