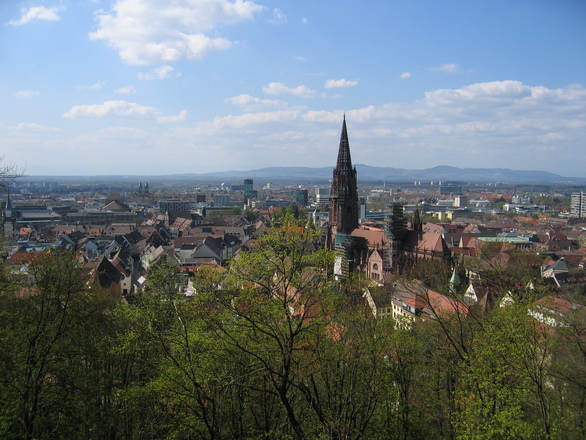 The link came to my attention via:

First, you should know that university education in Germany is basically “free”. The student has to pay a registration fee of 150 EUR per semester, which adds up to 1,200 EUR (roughly 1,300 USD) over the 4 year course. Each student has to cover his living expenses by himself. Non-European (Non-EU-Memberstates) students have to pay up to 10 times more, but there are plenty of exceptions, and even these higher fees don’t cover the universities expenses. So, the whole shenanigans are tax payer funded.

The so called CORE module is basically a repeat of what you should have learned in your K12/13 schooling about writing, basic math, basic scientific methods. Then the ideological modules are attached, which are concerned with equality, diversity, non-discriminatory practice and the sociocultural perspective on science and scholarship. I guess (can’t proof it, because there’s no clear description) that the students are taught that western science is phallogocentric (a postmodern term), since all of it has been invented by “fucking white males”. I have no idea what a minority view or a female view would contribute to a math equation or any part of Newtonian physics, but I can tell you that real science discriminates against every theory that has been proven untrue, no matter who has put the theory forward.

The MAJOR then splits up into 4 fields of study. Two of which lead to a B.SC. (Earth and Environmental Sciences, Life Sciences), the other two lead to a B.A. (Governance, Culture and History).

Or, how to become a professional treehugger 🙂 I didn’t look to intensely into the background of the professors who do the basic modules; this is something probably any high school science teacher can do. But if you study for a B.SC., the reputation and scholarship of the leading professors are of some importance. This field is taught and coordinated by Dr. Sabine Sane (Stueckle). If you look at her publications list, what springs to minds is: “What? Only 6 articles in peer reviewed journals?” I might have more than that, and I’m only a simple M.SC. Electrical engineering, not a professor. And her articles cover only two topics: biofuel cells and baboons. It’s a real challenge not to laugh about this. In addition, none of these articles are written just by herself, but a galore of other people. I remember that all the professors in my major courses had written plenty of journal articles and usually a book or two. Sabines 2008 baboon article has 82 citations according to google scholar, but around half of her articles have ZERO citations (which actually means that they are scientifically worthless).

It’s also a bit strange how someone who hadn’t finished her PhD at the time could become a lecturer and course coordinator for a B.SC. studies program. Must have been this male privilege thingy. I, for example, had professors like this, who have written hundreds of publications, were esteemed guest professors in famous US universities and had some real life work experience. (And, btw., who made clear to me that an IQ of 140 is by far not enough to juggle electrical field equations in your mind). Now, I’m not saying that Sabine is too stupid to teach at a university, but if a person with such a tiny layer of academic recognition is responsible for a B.SC. Major course framework, one may wonder if there is much to be learned.

The course program looks like you get a whiff of Environmentalism, of higher Math, of practical tree hugging, of advanced chemistry, of geology, of the funnies of global warming and their computer models, and a full-on pseudo-scientific indoctrination into man made climate change. Yeah baby, that’s how you become a global warming SJW.

This is led by Simon J. Büchner, a Dr. of Psychology, who’s academic recognition is about as sparse as that of the previous “professor”.

The course program looks like you get a whiff of the fields of biological anthropology, biotechnology, cell biology, cognitive and neurosciences, electrical engineering for biological and medical purposes, genetics, immunology, and physiology. It looks like gay and trans biology or psychology is not on the table here, looks like real science is taught here, probably with a focus on neuroscience. Best option so far, and with an outlook to get a M.SC. degree later on, which has some economic viability.

Or, how to become a proper globalist 🙂 It looks like you learn how to be a shitlib, or, in other words, how to fuck over everyone and come out of it smelling like a rose and a substantial anonymous trust fund. Dr. Liudmila Mikalayeva leads the program and is a political scientist. Again, like the others before, a very tiny number of academic articles, the best one crowned by 4 (in words: FOUR) citations. I haven’t checked if she’s only cited herself in some other articles, but anyway, that means nobody is paying any attention to what this lady writes. If that qualifies you as a scholar and B.A. program director, holy fucking shit, I might learn more talking to the janitor. All she talks about is minorities this and minorities that.

In the courses you learn how to use politically correct language, how to meddle with statistics, how to bend and circumvent the law, a Marxism 101 economics insight (I’m guessing here, but I don’t think Hayek or Friedman is on their reading list, maybe Freiburg school Ordoliberalism is, but this has become as close to Marxism as you can get without calling it Communism). Then you learn about political institutions, global/local governance. As far as I can tell, they teach the political methods of intersectional feminists/genderists and the application of Saul Alinsky to whatever they get their tentacles around. Rejoice, wimminz and their limpwristed allies, here you can get a degree as a Globalist SJW. Hooray.

Or, how to become a proper cultural Marxist and Postmodernist 🙂 Now I’m beginning to wonder if the secret to becoming a lecturer and field of studies coordinator at Freiburg university is obscurity. The very non-famous and never cited Dr. Ryan Plumley heads this department. Remember Ryan, the unorthodox use of a bike-lock can make you well known, worldwide, unfortunately you then may have to take some years off your teaching position, in order to deal with Bubba in the shower. Ryan’s main contribution to the public seems to be “Feuerbach and Gender”. Yeah, I know, should have put a trigger warning beforehand, but since I had to clean my LCD monitor after bursting out laughing, so can you now 😉 Feuerbach is, for our barely known teaching historian somewhere between Hegel and Marx, two of Germany’s most powerhungry and idiotic philosophers. Sorry for that, ROW, we had some good ones too, like Nietzsche.

In the courses you are taught cultural relativism, critical theory, how a scholarly approach to history can eliminate common sense (or should I say: how you can bend history so that it fits in your current narrative). You learn about how our pre-modern forbears were all socialists by nature, how to make the most prosperous nation on this earth responsible for slavery from the dawn of man, how to base your gibberish on philosophical argumentation, some BS about gender studies and postcolonial studies and you get attached to the idea that a canvas, simply painted blue with a white stripe, rightfully sells for tens of millions of Dollars, and is categorized as “art”.

There you go, at least you will have read some Foucault, Derrida, Horkheimer/Adorno/Marcuse to bounce around the empty space between your ears when you go out shouting “hey, hey, ho, ho, xyz has got to go”, until you get an attitude adjustment from some guy with a MAGA hat. Here’s the education you may waste your time on in order to become a know-nothing Postmodernist SJW.

I’m still wondering if I might have misinterpreted something in the ‘life sciences’ major, but the other three majors look like a proper education in how to become a professional SJW. Treehugger, Globalist or cultural Marxist/Postmodernist, take your pick and be merry, the German taxpayer will provide.

2 thoughts on “The SJW degree in Freiburg, Germany”