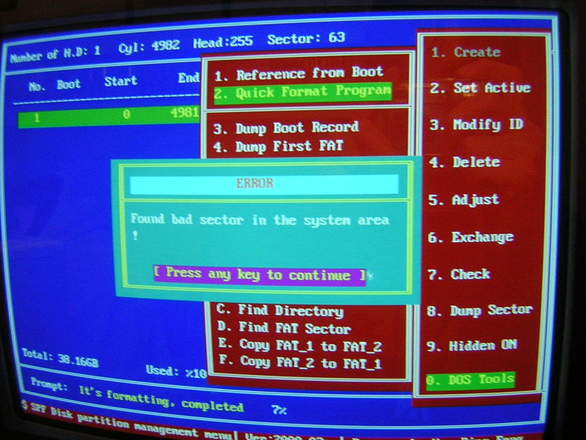 Part of growing up is to rebel against your parents, to reject their views and rules and to feel immortal. This starts in the early teens and usually ends when the brain is fully developed, i.e. when you reach 24-25 years of age. An intellectual emancipation takes place, starting from the enforced and partially accepted subjugation to the parents, ending in your final rejection of their way of life or your acceptance of it. This is influenced by the parents themselves, school and the environment. But if the parents are wimpy liberals, the teachers are lefty-green idealists and the environment, especially the media hammers into your brain that all ways of life are somehow equal as long as you buy the correct cell-phone, then you get the results that we witness now. There arises a mass of thoughtless do-gooders who lean towards a spiritual r-strategy (a biological r-strategy would result in a high birth rate, but this is not the case in the west). This r-strategy makes them unable to see the risks and dangers on the horizon, it makes them myopic; they recognize hazards only when they show up in front of their nose, ready to bash their heads in.

This do-goodery is a typical female behavior. Women want an ideal world, free of violence, everybody gets along, problems are solved by mutual agreements, etc. The effeminate men of today are on the same (acid?) trip and that’s the error in their brain. It is a basic instinct of women to be protected – by other women, but especially by their men from other men. When one tribe went to war with another tribe, the defeated men were killed (as is observable in the animal kingdom) or enslaved. All the women of the defeated tribe had to do to survive was to sexually subjugate themselves to the winners. In our beautiful, almost free of violence, western world it is rather easy to survive. You just have to look left and right before you cross the street and should go to the doctor when you’re sick. It became inconceivable that the rustling in the bushes may be a lion or that the foreign looking man who looks at your short-skirted behind may be a rapist.

The dopey feminists must have acquired a psychosomatic illness in order to succumb to the hysteria of an ubiquitous white male potential rapist. If the basic instinct of women to be protected by strong men (and that’s the only reason they subordinate themselves to and admire men) remains unfulfilled, then this exciting danger must either be invented or imported. The ‘refugee welcome’ committees at the train stations in Germany were mainly women and some effeminate men. Both groups are unable to recognize that these illegal immigrants are actually invaders who want to subjugate and eventually take over our society. In their coddled western world they feel empathy with people who flee their violent and economically dysfunctional countries. But they don’t send women, children and the elderly who really need protection to us. It’s 80% young men who wash ashore at the European borders and these are not willing to stand up against violence and corruption in their own countries. No, these young men hang on to their Islamic ideology and are ready to use violence and lots of criminal energy in order to impose their domestic conditions upon Europe. Why would someone flee from a Sharia law country, if he wants to introduce Sharia law in Europe?

The Arab nations, in which religious wars have been festering for hundreds of years, recognized that the European women and their effeminate men have lost their will to power, are unable to see the dangers and might rather become Dhimmis than fight. The girls and girly men will surrender to the winners. Our politicians also play an evil game of delusion and concealment. Quickly the pensions are raised dramatically in order to lead our seniors to believe that everything is fine. The minister of finance claims that taxes need not be raised due to immigration, so that the Manginas remain good little workers. Our super rich elites stick to their strategy: a minority of capable and willing to work middle-class citizens must pay high taxes and social security contributions in order to pay for the incapable and lazy consumers of the lower classes as well as for the labor-free income of the elite capitalist class. If the citizens don’t get their ass up and defend themselves now against this invasion, at least in the political arena and using the power of the state, Europe will be forced under Islamic law.

Political asylum can only be granted to those who reject their Islamic, Sharia dominated culture and are for this reason actually entitled to our asylum. Young men who run away from their countries because they have no money and mainly want to abuse the European social welfare state must be consistently and actively deported. That means, you simply put them on a plane / train / ship and transport them back to their homeland. Our state power must prevail, even against the will of the Arab / African states. As soon as the first 100,000 of them are brought back, it will become known in their own countries that they wasted thousands of Dollars on refugee smugglers and the stream of “refugees” will abruptly dry up. They were on the road for weeks or months, risked their lives on skimpy little boats to cross the Mediterranean sea, were allowed to stay for three days in a German gymnasium on a cot, and then their very expensive trip to Europe is over. Let the do-gooders hand them a teddy bear on their way out, for fuck’s sake. Then you also need no fences or expensive border guards in the Mediterranean, which do nothing anyway.

“How will we survive this” was the original headline of a German newspaper about the recent terrorist attacks in Brussels. The author credits the remaining refugee aid workers by comparing them to resistance fighters (against the evil Nazi-like right wingers, of course). How many more terrorist attacks does it take for such idiots to wake up to reality? If he was a real journalist with a functioning brain, he would recognize that these aid workers inadvertently help the invaders to gain a foothold in Europe in order to implement their terrorist actions. He rather wallows in his do-gooder ideology , in his dream of a better world that does not exist, has never existed and will never exist.

Prof. Günter Buchholz (an economist), despite his usually socialist attitude, has raised the flag of reason in his article – slow clap from me. Even Rüdiger Safranski (a very popular philosopher) starts to use politically incorrect language, but can’t present a consistent solution.

[…]A gradual assimilation of Muslims, which actually already exists on a small scale, could mean, for example, that a Muslim living in Europe more or less assimilates by

a) religious conversion, or

b) personal secularization, or, most simply

but Islam does not grant him this freedom.

Those subjugated by Islam are not free – neither in thought, nor decision or action.

I’m not sure if I just quoted Buchholz, Houellebecq or both. Anyway, I can agree with this 100%. Only those who vehemently reject Sharia and the ideas of Islamic conquest can be integrated into Europe and be accepted as asylum seekers. Anything else would mean that Europe surrenders to the Islamic invaders. A deeper analysis of the political and ideological Islam is found in Hartmut Krauss writings and a (somewhat ominous) Wiener appeal .

Finally, yet another aspect. During the banking crisis, we have wondered how European finance ministers suddenly conjured hundreds of billions of euros out of the hat. Now with the current refugee crisis, suddenly billions to tens of billions of euros become available without any problems, says Schäuble (German Minister of Finance). If that were really so (and I think that’s just an underhanded trick of our clever minister), we could use this money to increase the birth rates of German women from now 1.2 … 1.4 to about 2.1. Then we would have enough future payers for our social security systems again and would not have to deal with the sham argument of population decline.

Coming back to the error in the brain. The German women doesn’t care, biologically – maybe some do care emotionally – if she has kids from an Arabic or a German man. She will usually survive war, invasion and all adversity and will reproduce. The German man however, as long as he submits to the feminist doctrine of being a nice, non-aggressive lapdog, will not reproduce and go extinct. The Arab invasion will kill him either directly or indirectly. The do-gooder mentality is his fault in the brain.